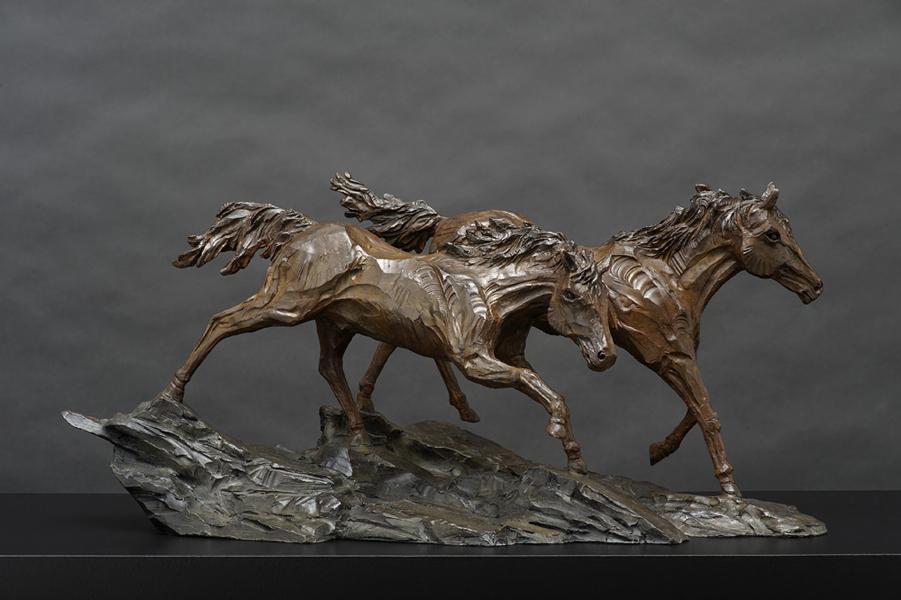 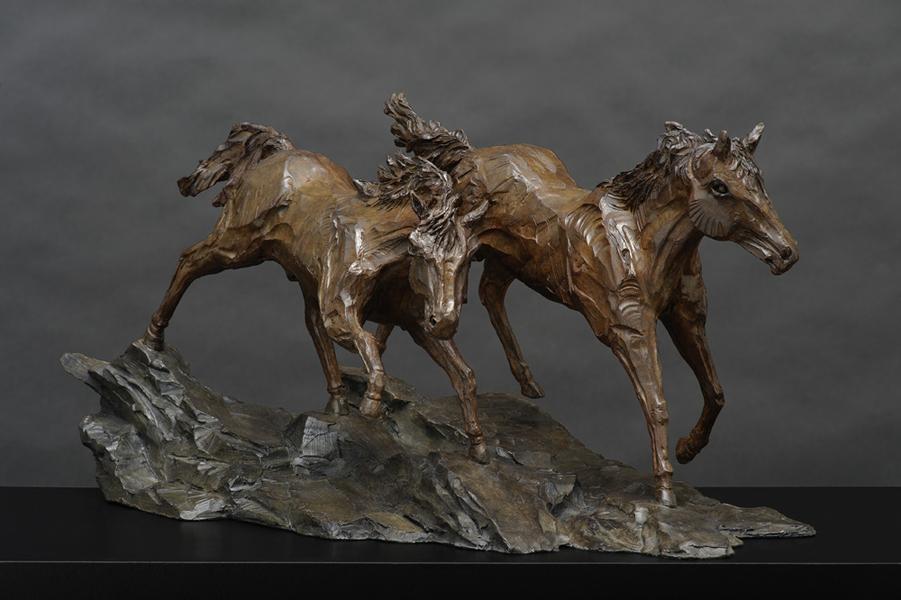 "Wild, wild horses…,
The Namib Desert Horse is a rare feral horse found in the Namib Desert of Namibia, Africa. It is probably the only feral herd of horses residing in Africa, with a population ranging between 90 and 150. The Namib Desert Horse is athletic in appearance, resembling the European light riding horses from which it probably descends, and usually dark in colour. Despite the harsh environment in which they live, the horses are generally in good condition, except during times of extreme drought. The horses have been the subject of several population studies, which have given significant insight into their population dynamics and ability to survive in desert conditions.
The origin of the Namib Desert Horse is unclear, though several theories have been put forward. Genetic tests have been performed, although none to date have completely verified their origin. The most likely ancestors of the horses are a mix of riding horses and cavalry horses, many from German breeding programs, released from various farms and camps in the early 20th century, especially during World War I. Whatever their origin, the horses eventually congregated in the Garub Plains, near Aus, Namibia, the location of a man-made water source. They were generally ignored by humans, except for the periodic threat of eradication due to the possibility that they were destroying native herbivore habitat, until the 1980s. In 1984, the first aerial survey of the population was made, and in 1986, their traditional grazing land was incorporated into the Namib-Naukluft Park. At several points, some horses have been removed from the herd, including the removal and sale of over one-third of the population in 1992. Since the early 1990s, close records of the population have been kept, and studies have been performed to determine the horses' effect on their environment. Despite being considered an exotic species within the park, they are allowed to remain due to their ties to the country's history and draw as a tourist attraction.